11 Successful Entrepreneurs Who Got Their Start Young

When you look at the founders behind some of the most successful start-up companies of the last century — Facebook, Apple, Microsoft, Google — you will see that they share one unique attribute.

Is it their education? Their location? Their everyday morning routine? How about the fact that every single one of them, from Steve Jobs to good ol’ Zuckerberg, was under the age of 27 when they first founded their life-changing company? Ding, ding, ding!

It’s true! Sergey Brin and Larry Page were both 25-years-old when they founded Google, Steve Jobs was 21 and Steve Wozniak was 26 when Apple first got started, and Bill Gates was only 20-years-old when he founded Microsoft with Paul Allen, who was 22. When you look purely at the numbers, it makes you wonder why many people often use their age as the reason for not following their entrepreneurial dreams. To us, it’s obvious that with the right amount of support, passion and effort, anyone can turn their start-up dreams into a reality.

In fact, a young and inexperienced entrepreneur may just be the best kind of entrepreneur there is! After all, they have nothing to lose because they are just getting started and, many times, don’t have a family to support. Also because of this, they are more likely to take risks and pitch innovative ideas because they have not been burned by the start-up world before. Plus, it’s the young-ins that are able to put in the 24-hour energy that is sometimes needed to push a start-up to launch.

For further proof that age is just a number when it comes to the start-up world, here are a few stories of entrepreneurs who found success in their younger years: 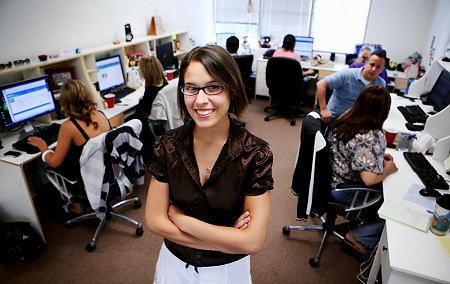 Catherine Cook, inspired by her big brother Geoff who had founded and sold a business while attending Harvard, decided that there was a gap in the market for a social network specifically for high school students. Sure, there was Facebook that allowed you to connect with friends that you already knew, but what about making new friends in high school? With that idea in mind, along with her brother Dave, she founded myYearbook.com as a way to connect with friends online and engage with them through quizzes and online games. myYearbook.com quickly grew to be one of the nation’s most-trafficked websites and eventually merged with a Latino social networking site, Quepasa, in 2011 in a $100 million deal. Cook is still heavily involved in the day-to-day operations of the re-branded site, MeetMe. 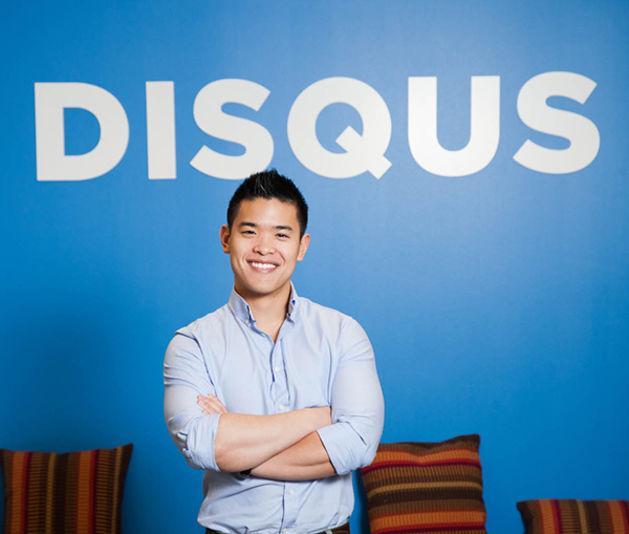 If you have ever had to sign into an account in order to leave a comment on a blog post or engage in a conversation on a news article, chances are you have interacted with Daniel Ha’s creation, Disqus. With over 1.2 million websites across the globe adopting this simple, yet effective comment system as of 2012, it is no secret that Ha has revolutionized the way that we all look at online comments and web discussions. In fact, the service saw a nearly 500% growth across traffic, users and client sites last year, acquiring nearly one billion unique visitors each month. Since its inception, Disqus has raised millions in funding (including backing from North Bridge Venture Partners, Y Combinator and more). 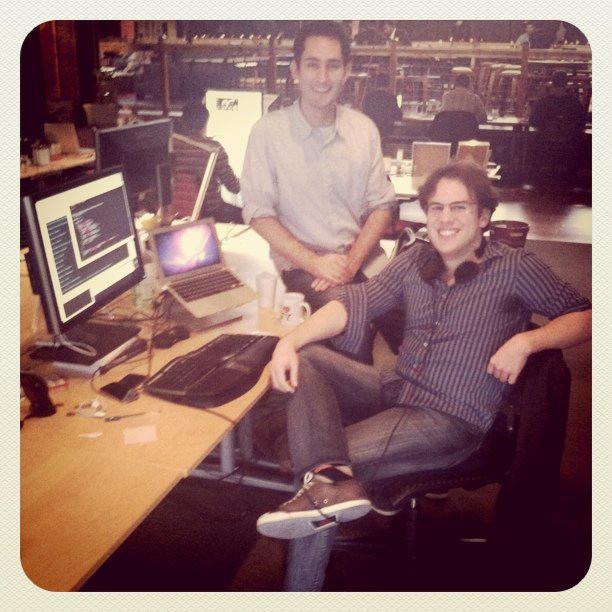 Most of the photos that you see online these days are cropped into a square and inundated with filter after filter, seeking to add that hipster, old-fashion photo quality to the modern-day HD snapshot. You can thank the founders of Instagram, Kevin Systrom and Mike Krieger, for this. The two met at Stanford University’s Mayfield Fellows program and founded Instagram in 2010. The app immediately experienced an explosive growth, with more than $7 million in funding raised within the first few years, and quickly growing to over 30 million registered users by the time it was acquired by Facebook for an estimated $1 billion in cash and stock in 2012. You don’t need to add a fancy filter to make this story look good. 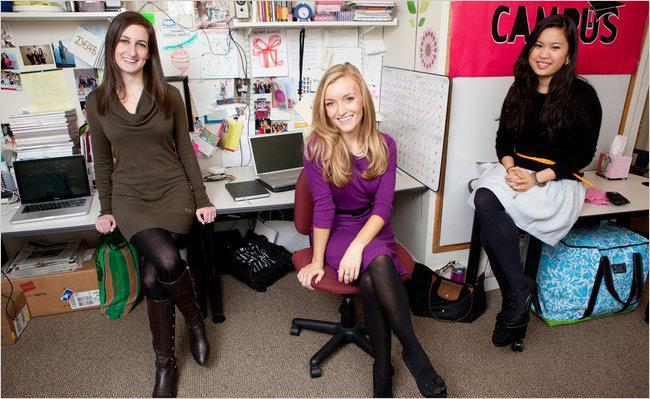 When it came to online content specifically geared toward women in 2009, there was a huge gap in the market. Sure, you had women’s lifestyle magazines like Better Homes and Garden which were geared towards moms and Susie Homemakers, and then you had teen magazines that quizzed you on what male pop star would best fit your dream date. But there really wasn't a place for college-aged women to go to find advice about entering the career world or decorating their first apartment. Luckily, three Harvard classmates, Stephanie Kaplan, Windsor Hanger Western and Annie Wang, saw this gap and jumped in with the launch of Her Campus Media — an online magazine for college women, covering topics like style, health, career and college life. Since its inception, Her Campus Media has gained a “feet-on-the-ground presence” at 250 campuses across five countries, and receives an average of 3.3 million monthly visitors. 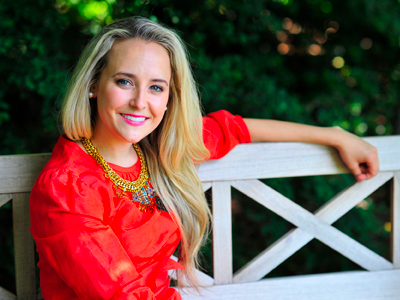 If you are someone who struggles with your spending habits or needs help planning out your finances, LearnVest may just be the resource you are looking for. Founded by Alexa von Tobel in 2007, this personal finance website was initially geared toward educating women about their finances, but has since grown to be so much more than that. The site is now a true trailblazing service that helps people plan out their finances online — especially those of us who may not be particularly tech or finance savvy. von Tobel is a good source for this kind of advice, given that she is a former trader for Morgan Stanley and was able to raise $4.5 million in seed funding to start her site. LearnVest has since been valued at an estimated $100 million. 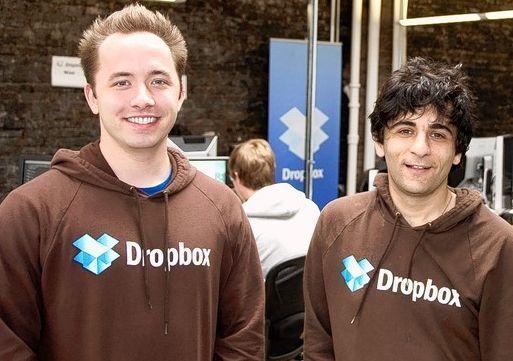 Arash Ferdowsi and Drew Houston – Founded Dropbox at 25 and 28, respectively

Dropbox founders Arash Ferdowsi and Drew Houstin followed the tried and true journey of an entrepreneur when they first began working on Dropbox in 2007. They were just a couple of guys working from dawn till dusk, coding in a dark room with all of their focus on the end goal. The result was a hugely successful start-up, rejecting massive offers for acquisition, and moving into an impressive office in San Francisco. The company also landed a total of $7.2 million in funding from big groups like Accel Partners and Y Combinator, as well as a number of individual investors. Since then, the company has gone on to be valued at around $4 billion and is one of the biggest companies out there shaping the world of cloud storage and file sharing. (It’s also one of our favorite tools here at the H-I office!) 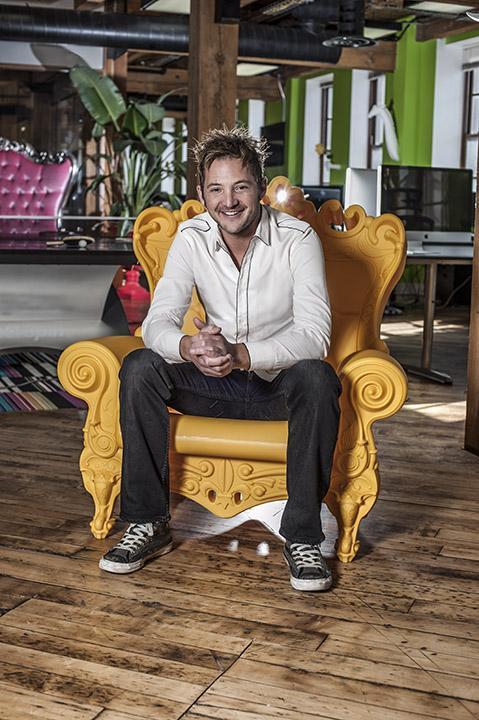 We couldn't put together a list of impressive young entrepreneurs without featuring Hello Innovation’s own founder and CEO, Joey Joachim. However, truth be told, our founder’s first real entrepreneurial venture started when he was in the fourth grade — a birthday banner business that he went door-to-door selling to neighbors. “That’s really where the whole thing started,” he said. “I’ve always been a kid that’s been intrigued with doing things that can make a difference.”

Joachim really changed the game when he founded funeralOne in 2004 and helped to revolutionize the funeral industry by helping funeral directors celebrate someone’s life in a grand, personalized fashion. Since then, he has brought the idea of capturing key moments in a person’s life to many other industries through Hello Innovation, Hello Aerial, and several other businesses. Hello Innovation was completely bootstrapped with no VC-funding from day one, and we’ve been debt-free ever since. 10 years and 100+ employees later, our products are now touching over 20 million people every month! And the best part? We’re still in the beginning of our journey, with more disruption and game-changing ideas on the horizon.